Are we witnessing the disappearance of childhood, at least in the way we’ve understood it for generations? 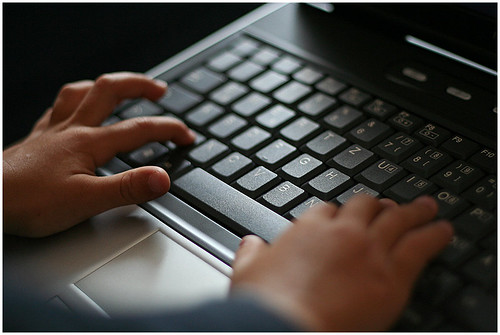 Everyone must at some point wonder if the internet and the apparent dependency it has introduced is a benediction digitally bonded to a curse — or several curses. Barely a week goes by without some cautionary study warning of trolling, addiction, the decline of interpersonal skills and the decomposition of community life, all because we have our eyes fixed to our screens.

The evidence is, as any self-respecting cynic realizes, skewed in favor of tradition: Few researchers are prepared to embrace screens in context. We now have populations that not only have to engage with screens but find it rewarding. They like navigating their ways around cyberspace.

The internet has given us a weightless world of wonder and, for the most part, the supposed negative side effects have the character of the scares that accompanied the growth in the popularity of television in the late 1950s and early 1960s. If the doomsayers of the time were to be believed, it shortened our attention spans, blitzed our cognitive capacities, ruined family life and so on. All of these predictions were ill-founded, as we now know.

Recently though, a report made me realize I’ve been too dismissive. It concerned a 5-year-old English boy who was investigated by police for allegedly sexting. For those who don’t know, sexting means sending sexually explicit photographs, messages or other kinds of materials via smartphones.

The case of the child came to light in the context of a report on the rise in sexting among young people: More than 4,000 children have been dealt with by British police for sexting since 2013. The most common age of these children is 13 or 14, but younger people, as the standout case indicates, are also taking up the practice.

Every sentient being knows that childhood is disappearing. I’m defining childhood orthodoxly as the state or period of being a child and a child as a human below the age of puberty. In Britain, the age of consent to any form of sexual activity is 16 for both men and women, regardless of gender or sexual orientation.

Self-accredited experts on the subject offer advice to parents, much of which is obvious or useless. Apart from the usual suggestions to update software, change passwords and avoid clicking on unusual links, parents are often urged to familiarize themselves with security settings, implement family settings and make children aware of the risks of exchanging information with people they meet online.

I should perhaps own up at this stage: I’m not a parent. So everything I write has to be understood in this context. I am sure people over the age of 30 have little or no idea what their children do online. They can adjust their settings to the highest level of security and counsel their kids with an earnestness that will make them giggle with disbelief. Children today, probably like children of previous generations, will carry on heedlessly and, if necessary, in wilful contravention of their parents’ advice. That’s what children do. All of which makes the report even more discomforting than it already is. The inescapable conclusion is: We can’t do anything about the growing number of children who choose to pursue what they regard as a rewarding experience. We’re destined to watch helplessly as more and more kids send sexually charged text and images.

This is an ugly question to raise, but are we witnessing the disappearance of childhood, at least in the way we’ve understood it for generations? Childhood never stays the same.

As recently as 100 years ago, children were not the same as they are today. Produced often by accident, they were typically parts of much larger families than today and, should they survive their first 10 years, were sent out to work part-time or full-time and their income became a contribution to the family’s economy.

They were probably loved, though not in the same way that children are today. Orphaned children (of which there were plenty) would hardly be loved at all; they would spend their tender years in orphanages and dispatched to the outside world as quickly as possible. A hundred years before this, kids were sent to work in factories or as chimney sweeps’ assistants (they climbed inside the chimneys). In other words, we’ve understood children and childhood in a particular way since the end of World War II. This may be about to change.

It’s unsettling to imagine children as sexual beings. Britain’s youngest parent was 12 when she gave birth (11 when she conceived, as a result of rape). Rates of teenage pregnancy in the UK have halved in the past two decades and are now at their lowest levels since record keeping began in the late 1960s. Sex and relationship education, contraceptives and changes in the status of pregnancy have been factors — pregnancy may once have been a mark of maturity, but it now carries more stigma than kudos.

But the provision of sex and relationship education and the widening of the availability of contraceptives are, of course, predicated on the assumption that young people are interested in and willing to engage in actual sex. And the widening awareness that their immersion in the net will surely bring will stimulate that interest even more.

But I’m sure none of them has the intellectual or emotional maturity to make what we’d consider an informed decision about whether it’s right. This is a moral choice made by people without the sophistication or experience to comprehend the probable consequences of their actions. Of course, we all make mistakes; that’s how we learn – by responding to errors. There’s not much leeway with sexting: the decision to distribute is irreversible and its consequences, in practical terms, impossible to undo.

A non-parent like me finds this unnerving. So I presume any right-minded parent will be even more disturbed. We waste energy fretting over the imagined ill effects of our preoccupation with screens. For the most part, the alarmists are misguided scaremongers who struggle to keep up. But in this one important respect, there is a demand for creative thought. Somehow we must avert the potential reconfiguring of childhood.

Screens present most of us with agreeable and convenient portals to work and pleasure. To the young, screens are the places where they learn and play. In an ideal world, they should be for observing, not for being observed.

*[Ellis Cashmore is a member of the Screen Society research team investigating the cultural impact of digital media. The current questionnaire is here. The results will be published in 2018 by Palgrave Macmillan.]