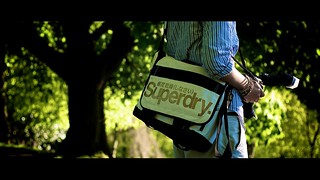 Q: I see the BBC has been in the news recently. Something about changing the way the licence fee is collected. What’s it all about?

A: BBC has been under pressure for as long as I can remember, particularly over the licence fee, which is currently £145.50, or just under 40p per day and is used to pay for the Beeb’s tv, radio and online output. The Corporation’s charter is good until 2017, but discussions have started to explore an alternative to the fee, partly because it doesn’t apply to tablets and smartphones. So theoretically you could watch tv without having a traditional set and be exempt. But the more pressing reason is simply that the licence fee is showing its age.

Q: Why do we pay at all? We don’t have to pay for ITV and, if we don’t want Sky and the other digitals, we can just choose to stick with Freeview.

A: BBC launched in 1922, but, of course, it was strictly radio back then. It started television broadcasts after the end of Word War II in 1945, but hardly anyone had tv sets. The first BBC studio in Shepherd’s Bush, London, starting making programmes in 1950. That was the start of the takeoff period for television. It’s important to remember that, when BBC tv started, it wasn’t intended to convey entertainment only: the other parts of its original remit were to educate and inform. In those days, it was by no means clear that television would grow into the dominant medium it became. Remember: cinema was in pole position and, a small screen showing black and white images in the corner of the room seemed to offer no challenge. BBC was in public ownership, of course. There was no pressure to operate as a profit-making company: it was, as we are still told today, a public service provider.

Q: So what changed?

A: Commercial television launched in 1955. ITV, as we know it today, was a network of regional broadcasters without public funding. So the organization took its cue from American television: in the US, the first tv companies were radio owners and were used to what we would call today a business model.  Radio was, after all, just another way of advertising products at a time in the early twentieth century when people were beginning to surround themselves with the kind of products we now take for granted. Advertising, in the 1920s, was quite primitive and radio offered a channel that was novel. The programmes were effectively just fillers for the ads. But important fillers: if nobody listened, the ads were reaching nobody. Television in the US was based on the same commercial approach and relied only on advertising revenue.

A: Sort of. But not in the sense that they were a competitor of ITV. BBC was guaranteed funding through licence fees. ITV and, for that matter, all the channels that followed, depended on advertising for their money. BBC isn’t unique in this respect, but it is unusual in one respect: most other public service television channels are not dominant. Australia’s ABC is an exception. BBC has remained the UK’s powerhouse broadcaster for many years. So ITV and then Channel 4 (in 1982) and, later, in 1995, Channel 5, while important players have never managed to challenge BBC. Everything changed in 1989 when the first satellites started transmitting and subscription tv arrived.

Q: You mean television that we paid for?

A: Yes, Sky and others charged a monthly fee to receive its programmes. Sky was one of Rupert Murdoch’s companies and looked as if it would fold quickly: it haemorrhaged money before Sky secured the rights to screen then then fledgling Premier League. Then it went from strength to strength until it had over 10 million subscribers.

Q: I begin to see BBC’s predicament: all the other tv companies — and there are hundreds now — rely on advertising money or subscription fees, but BBC occupies a privileged position because it gets the licence fee money no matter what. So what’s the problem?

A: This: with so many other broadcasters, consumers are asking why, if there is a television market, they’re not given the choice not to pay their licence fee. OK, it’s relatively expensive and presents pretty good value compared, for example, to Sky …

Q: … but not compared to ITV or the others on Freeview.

A: True. But think of all the BBC radio channels too.

Q: I take your point, but the solution to the whole problem is obvious, surely: let BBC show commercials.

A: This is an extremely sensitive subject because, the second the BBC allowed ads, it would lose the independence it’s held so sacred: it surrenders itself to market forces and, as such, would be bound to popularize its content.

A: BBC would become just like any other tv channel and lose the unique quality that has made it arguably the most admired broadcaster in the world. It could mean an end to adventurous programming and a reliance on proven commodities. Challenging dramas such as last year’s The Missing ( and the recent Wolf Hall (trailer below) and  might never have been made. I’m not saying ITV, Sky and the others don’t make quality programmes. Both broadcasters are successful. ITV, after a rocky period, can boast the best watched programme Coronation Street, and Britain’s most popular programme internationally Downton Abbey. And Sky has its Fortitude (trailer above). So I don’t think we can complain about quality.

Q: You missed The X Factor and Broadchurch. Both ITV.

A: Yes. ITV has proved it can survive and prosper in a congested market where it has to compete against, not just the BBC, but hundreds of other channels in the digital age. If you’ve noticed, it allows not just outright advertising, but product placement. This means that its programmes sometimes feature branded products that are in full view. It alerts viewers to this by showing a capital “P” on the screen at the outset.

Q: So why don’t BBC do something similar? After all, advertisers would clamour to get on BBC shows. It could also invite sponsors. You know. “A certain product presents EastEnders” or “So-and-so brings you Strictly Come Dancing.”

A: I imagine BBC have been contemplating this for years. It’s resisted any form of advertising, no matter how, subtle or unobtrusive and my guess it will propose some sort of tax, or levy, as an alternative to the licence, before it allows ads. But you’re right: this possibility is sure to be aired. After all, we are surrounding by ads whenever we go online, or to the movies or even just walking about — count how many people you see who have brands emblazoned across their shirts, or bags, or trainers (see the picture at the start of this blog). We’ve become walking advertisement without seeming to mind. So I suspect BBC will be asked to consider some sort of advertising. I don’t especially welcome the development, but I think it will be hotly debated before 2017.