Next month’s games will embarrass Russians … but may change them 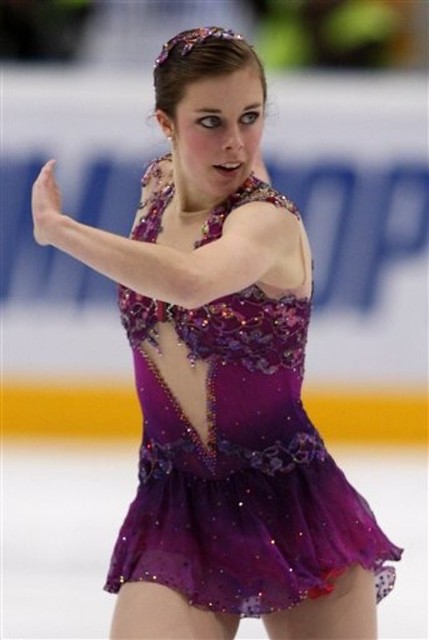 Sochi. A few weeks ago, you’d have been forgiven for confusing it with a Japanese dish served with raw fish, or Nigella Lawson’s ex. Soon, Sochi will be one of the world’s news capitals. Sochi 2014 will be known in much the same way as Mexico 1968 and Munich 1972. The cities and the years denote the place and time of the Olympic games; but they are memorialized not for sport, but because they serve as emblems of social and political events. In Mexico, two African American athletes staged a silent protest against racism while on the victory rostrum. At the Munich Olympics the Palestinian splinter group Black September killed nine members of the Israeli Olympic team and killed two others to highlight how the political rights of displaced Palestinian Arabs were being disregarded. In both cases, the Olympics effectively served as a global showcase.

Sochi is the Russian port in the foothills of the Caucasus, where, on February 7, the 2014 Winter Olympics will open. At a cost of US$51 billion (£32 bn), it is the most expensive Olympics in history and offers an opportunity for Russia to publicize its status as a major, advanced, capitalist power, worthy of overseas investment. It will do more than that.

Last year, Russia introduced a law that criminalizes “homosexual propaganda,” making public displays that promote gay rights, including handholding, punishable by imprisonment. The law became an international cause célèbre. US president Barack Obama criticized the legislation on television hours before cancelling summit talks with Russia’s Premier Vladimir Putin. British actor Stephen Fry, who is openly gay, wrote to Prime Minister David Cameron and the International Olympic Committee, urging a boycott of the games. Putin, according to Fry, “is making scapegoats of gay people, just as Hitler did to Jews.” The statement was criticised as ridiculous by several commentators. David Cameron acknowledged Fry’s concerns but insisted, “we can better challenge prejudice as we attend, rather than boycotting the Winter Olympics.”

The games will definitely go ahead, though many athletes, gay and straight, will wrestle with a dilemma: by going to Sochi they may appear to endorse a Russian leadership that, far from safeguarding the interests of minorities, has passed laws that legitimize prejudices entrenched in the former communist bloc. The law is actually consistent with the retrogressive assault on civil society and political opposition since Putin returned to the presidency in 2012. The jailing of the dissident female rock duo Pussy Riot was a warning shot and the release of the singers two months before the end of their sentence has been seen as a transparent attempt to take out some of the sting of world opinion prior to the Olympics. “This selective amnesty was not an act of humanism,” said band member Nadezhda Tolokonnikova. “It happened because Putin is afraid that Olympic Games in Sochi will be boycotted.”

The antigay law has Putin’s fingerprints all over it: he has consistently sought to promote a conservative ideology, advocating Russian nationalism and close ties with the Russian Orthodox Church. It was entirely within his power to veto the controversial law. Instead he pandered to the homophobic and xenophobic elements of Russian society. But the costs will be punishing.

Putin knows he can’t mute the protests. The establishment of “public protest zones” to contain protesters will be ignored, just as the designated areas Beijing sectioned off to absorb protests against China’s human rights record and its policy on Tibet, went unused during the 2008 Olympics. Protests near the competition were quelled and activists either detained or deported. Putin has a reputation as a hard man, but he wouldn’t countenance such draconian measures, especially as he is forewarned. He recently declared gay people “can feel relaxed and comfortable” at the games as long as they “leave the children in peace”.

Obama has delivered him a slap in face by sending three openly gay members in the official US delegation. Several athletes have publicly stated their intention to flout the law. One of them is Ashley Wagner (pictured above), a 22-year-old figure skater who has murmured: “This is the opportunity for the Olympics to be ground-breaking.” She will no doubt incite Russian officials by wearing rainbow earrings and nails on the ice and, with others, is still thinking about how best to make her views known. “Too many people are quiet,” she reckons. Wagner could emerge as an improbable symbol of protest.

Billie Jean King, the first internationally famous female athlete to come out as gay in 1981 after her partner filed a palimony lawsuit against her, is in the American delegation and has alluded to Mexico 1968: “Sometimes, I think we need a John Carlos moment.” Carlos (below, on right) was one of the two black Americans who raised a defiant gloved fist and bowed his head as the Stars and Stripes was played; he was subsequently banned from sport, but history has transformed him into a champion of civil rights. Sochi may well produce a comparable event. But will its effects be as far-reaching? 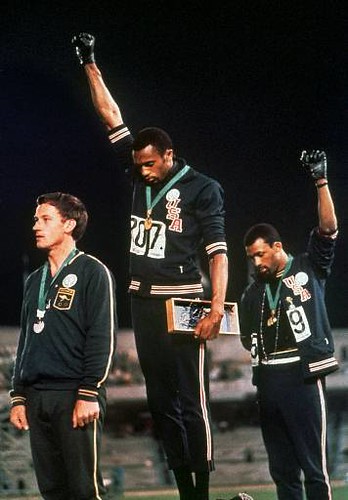 For as long as anyone can remember the only certainty about inequality, exploitation and persecution, from despotism to slavery to apartheid, is that sport can either support them or challenge them. For those who piously insist sport and politics should be kept separate, the paradox is a torment: sport can be a potent political instrument, as the Gleneagles Agreement of 1971 shows. Signatories affirmed their opposition to apartheid by agreeing to end sporting contacts with South Africa. It became an effective adjunct to other forms of pressure to isolate South Africa and render it a pariah.

Sochi will hyphenate the introduction of Russia’s antigay laws with the football World Cup, which the nation will host in 2018. If the nation trembles with dread and staggers in astonishment at the strength of opposition to its regressive legislation, then it will surely ponder the even fiercer pushback in four years time.  We’re not going to witness a Tahrir Square-like rally or another Tiananmen Square. But there will be an event that causes wide-ranging changes that will either transfigure Russian society or lay bare its primitive repudiation of fairness, justice and egalitarianism.