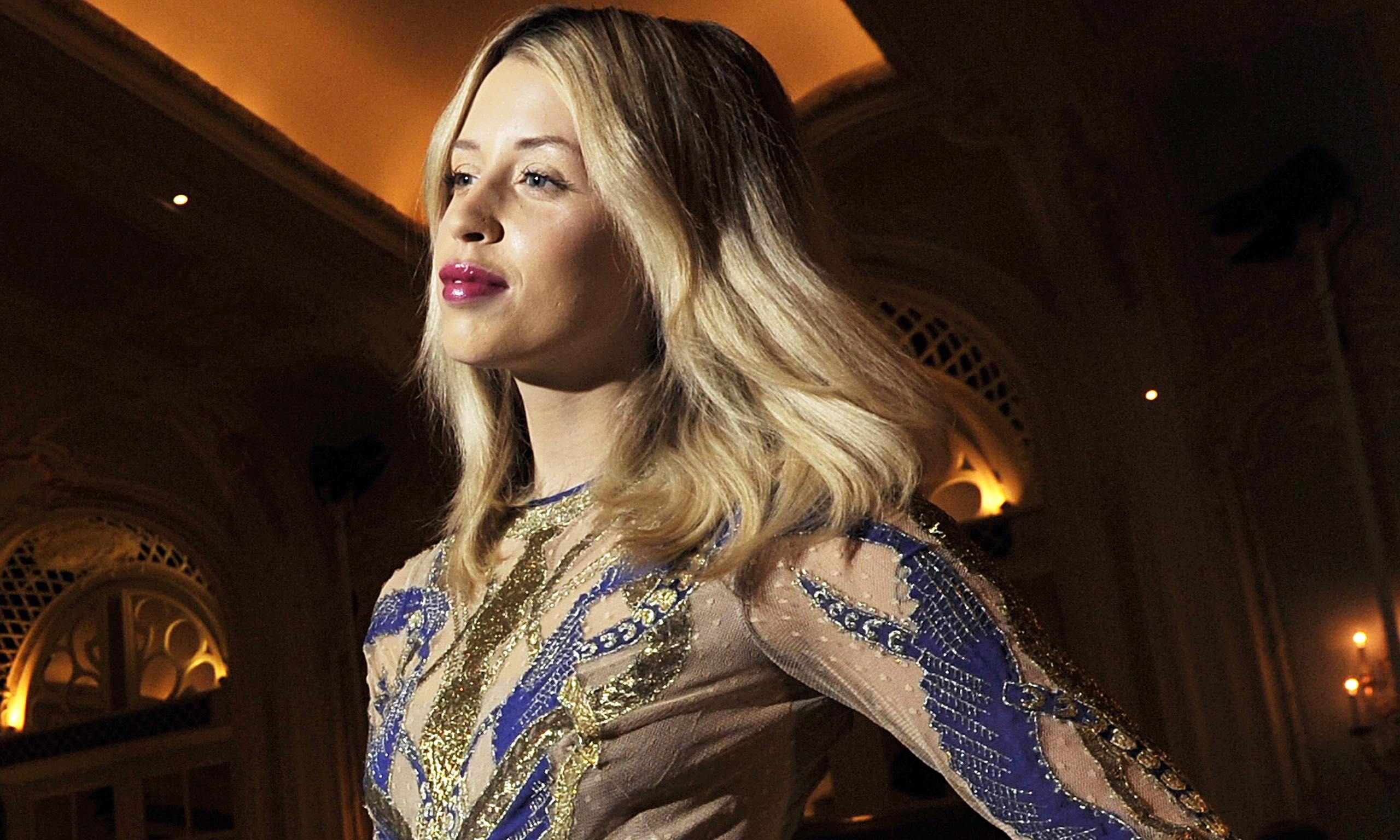 “Celebrities exist because people have the capacity to fantasize,” writes Andrew Houston. He goes on: “Fantasy is usually conceived as a scenario wherein a person’s desire is realized.” Houston, a drama scholar, believes celebrity culture functions as a kind of drama we stage in our own minds. Our dramatis personae are the actors we see in the popular media and we write our own scripts, according to our own wishes. As Houston concludes: “Our attraction to celebrities is a lesson in how to desire.” Celebrity culture, in this conception, becomes a theatre of the senses. I was reminded of this by the breathtakingly passionate response to the death of Peaches Geldof (pictured). Whether people actually knew her or not is irrelevant: she touched people in so many ways without even realizing it. Not always through her columns or even her media appearances, nor even by her presence. But by her imagined presence: what we thought her to be. Neal Gabler, a cultural historian, and film critic, has written: “Celebrity really isn’t a person. Celebrity is more like a vast, multicharacter show.” He suggests: “Celebrity is narrative, even though we understandably conflate the protagonist of the narrative with the narrative itself and use the terms interchangeably.” While he doesn’t define exactly what he means by narrative, I presume he refers to an unbroken account, consisting of incidents and people that connect to form an overall story. The story may be a chronicle, or a history to record of events and it may incorporate elements of a fable in the sense that it conveys a moral or lesson.  Peaches herself was and perhaps still is a narrative. Her death presents us with an occasion to reflect on why we find some celebrities endlessly fascinating. Below I extract a few paragraphs from the Introduction of the new edition of my book Celebrity Culture.

Anthony J. Ferri, a professor of journalism, invokes a term used by Walter Lippman in a 1922, to link the imagined celebrities to the actual characters we read and gossip about. There is, he reckons, “a distinction between their real environment or the objectified world, and the ‘pseudoenvironment’ made up of the images in our heads of the world outside.” None of these helps us understand why we have become so drawn to celebrities in recent years, though Ferri offers the view:  “Celebrities, whether they are acting out a role in a particular medium or behaving badly in everyday life, help us purge our frustrations.” I’ll return to this, but for now merely want to record the thoughts of three writers, all from different intellectual backgrounds, but all agreed that, when we talk or think about celebrities, we are not referring to actual people, but rather to ideas, thoughts, concepts or mental impressions of those people. What Daniel Harris calls mirages: “Our contact with celebrities is so limited that we view them as mirages.”
“Fantasies? Images? Mirages? What kind of nonsense is this? Surely celebrities are real people” readers might respond. Clearly, there are such physical beings as Kim, Amy, Madonna and the innumerable other celebrities who populate not just our mental landscape but the cultural landscape. They’re not just physical people though, claims Nigel Thrift:  “The glamorous celebrity is neither person nor thing but something in between, an unobtainable reality, an imaginary friend, and an accessory.” The “unobtainable” person only becomes obtainable when we are actively involved. So when we come to examining celebrity culture, our focus should be “less on celebrity than on the mass public’s ability to create the celebrity, the ways in which the public can confer and deny, circulate and consume fame,” to steal a phrase from English professor, Stacey Margolis. What does she mean? Confer: grant or bestow. Deny: refuse to give. Circulate: move continuously and freely. Consume:  ingest; buy; use; preoccupy; completely destroy. Margolis uses these terms to describe how we can both award or take away, communicate and engage with fame. We make people famous; and we also make them obscure. Consumers are the final arbiters:  they  – that is, we – serve out the plaudits and the condemnations. And to people we don’t actually know. We shouldn’t underestimate the colossal power of interest groups in promoting and sustaining celebrity culture. Barry King remarks: “All kinds of performers – rock stars, sports stars, literary stars, actors, politicians – circulate through the media via appearances in diverse media forms and formats.” King doesn’t mean they literally circulate: he is describing how representations, images, or even sounds move continuously through media, which is also continuously moving, changing shape and size. The media are our confederates, as are the corporations that stand to gain, or lose, from the fortunes of people who vie for our attentions. A confederate is an accomplice, a collaborator, an ally; something or someone that is in league with us, and not manipulating, taking advantage of, or just playing us. There are costs involved in being part of a culture in which we attach value to the kind of people and objects that would not rate a moment’s thought as recently as fifteen years ago. Today, celebrities contribute to daily life at practically every level, from the institutional to the personal; and they’re factors in how we create and attach meanings to all manner of events that affect us. It could be argued that celebrities help us think about ourselves and, as such, incite us to refashion our self-identities.
via Theguardian