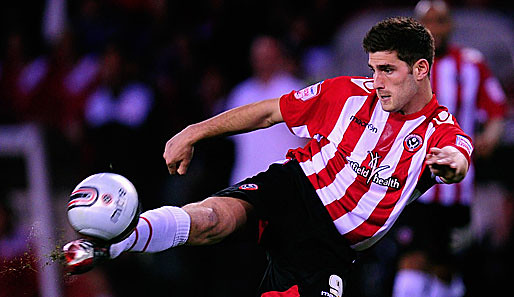 Q: Over the next few days, we’ll get a decision on Ched Evans’ application for a review of his rape conviction. A lot hangs on this decision, right?

A: Yes: the Criminal Cases Review Commission (CCRC) met last Tuesday to discuss the former Wales and Sheffield United player’s case and is expected to reach a decision over the next few days. If the CCRC turns down Evans’ application, then the player can apply again, but his chances will not improve. If, on the other hand, the CCRC gives him permission to pursue his appeal against conviction, then it will effectively turn this case inside out. And there will be consequences.

Q: How come? Evans (pictured above), as our readers will recall, was released from prison last year after serving half of his five-year sentence for the rape of a 19-year-old woman in a hotel in Rhyl in April 2012. What impact will an appeal have?

A: Think about it: the CCRC has to decide whether there is something in the case that justifies an appeal. Although it hasn’t yet been disclosed, it’s widely thought that Evans presented “fresh evidence” to support his argument that he is innocent. Let’s not forget he’s maintained his innocence all along and has never wavered. A CCRC spokeswoman said last week: “The committee decided that further investigation was needed before it meets again to make a final decision on whether or not to refer Mr. Evans’ conviction back to the court of appeal.” Three judges at the Court of Appeal rejected an earlier appeal against Evans’s conviction in 2012.

Q: So, let me get this straight: you’re saying that Evans could still be declared innocent or be made to stand trial all over again?

A: Yes. If CCRC decide the fresh evidence is not strong enough to warrant an appeal, Evans is left to ponder his next move. If he proceeds to the Court of Appeal, judges will consider whether to overturn the conviction or order a retrial.

Q: So presumably, if the CCRC approves his application, it will mean effectively that the panel has considered his case in detail, studied what may be fresh evidence and determined that this is some doubt in the original verdict. Will this change the minds of Evans’ critics?

A: Doubt it. They’ve argued that Evans should not be permitted to return to football: campaigners on sexual violence emphasize Evans’ lack of contrition and refusal to accept court findings as to his guilt. He’s never apologized and stuck to his guns. So that aspect won’t change. But it would theoretically make it possible for prospective employers – football clubs, in other words – to offer him a job. Any employer has a duty of care to its existing employees who, particularly if female, might be uncomfortable working with Evans. But if Evans is allowed to proceed with his appeal, it will make a few clubs wonder which side they’re on. If Evans conviction remains, they will be convinced of the rightness of their original decision not to consider him for a job. If Evans is ultimately proved innocent, then an awful lot of people and organizations will reflect on how they’ve contributed to the stigmatization of someone they assumed was an offender but was in reality a victim himself.

Q: I see what you mean. Since he was released from prison, there has been such intense condemnation; Evans hasn’t been able to get a job at a professional football club. Evans has made attempts to restart his career but potential moves to Oldham Athletic and his former club Sheffield United collapsed in the face of public outcry. And he can’t work abroad because he’s obliged to report back to Britain as a sex offender every week. I know we can’t read thoughts, but what do you imagine Evans has argued in his application?

A: Evans, we assume will repeat his original claim that he had consensual sex with the woman concerned. This wasn’t accepted, remember. Evans’ victim was drunk. When he went to the hotel where one of his friends had taken her, she was in no state to consent to have sex with a total stranger who had just walked into the room. The judge at Evans’s trial, Merfyn Hughes QC, was clear on this point: ‘The complainant was extremely intoxicated … She was in no condition to have sexual intercourse.” So Evans will have to disclose previously unknown information; the intriguing aspect of this is the “fresh evidence.” What is it?

Q: What will happen now?

A: Well, one decision will leave things about the same. The other will have explosive consequences.