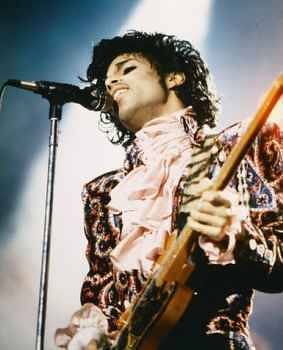 Q: Prince (pictured above) is the latest in an incredible series of celebrity deaths this year. The unexpected death of David Bowie was an ominous start to 2016. Since then we’ve lost Harry Potter star Alan Rickmam, Pulitzer Prize-winning novelist Harper Lee, Glenn Frey of the Eagles, and renowned singer Natalie Cole, among others.

A: And don’t forget Lemmy, of Motörhead, who died last December. These are all people who have, in some way, helped shape all of our lives. The impact of some, particularly Bowie, has been substantial. It’s hard to imagine anyone between the ages of, say, 50 and 70 who hasn’t been affected by him. The response to his death was one of those great “outpourings,” as we now call them, following the aftermath of the death of Princess of Diana in 1998.

A: Not so publicly. Nowadays, there’s an exhibitionist quality about our grieving. We feel almost a sense of obligation, as if we’re participating in a ritual. There’s nothing wrong or artificial about it: it’s just part of a more generic cultural shift towards expressing everything, including our innermost feelings. It reminds us that even the personal is actually social.

Q: I’m not sure exactly what you mean by that, but I assume you’re hinting that the emotions we presume are instinctive states of mind and distinguishable from our outward expressions are not as private as we think.

A: That’s pretty much it, yes. Everything we are is made possible by our participation in society.

Q: OK, let me push you towards answering a more specific question about the meaning of celebrity deaths.

A: Here’s the thing: celebrities today are not like the Hollywood stars of the 1940s or 1950s or, earlier, the great political, military or even religious leaders, all of whom stood above us on pedestals. We put them there, of course; but we were comfortable looking up to them – as if they were godlike creatures; untouchable and inaccessible. Today, celebs are just like us: we communicate with them via twitter and Instagram, we learn their “secrets,” we invest part of our own lives in theirs. In sum, we treat them as ordinary human beings, except they are in the media. We might respect some of them; others we might just like; still others we might hate. As long as they somehow elicit a reaction from us, we follow them. To use a term of today, they engage us. That’s all a celebrity needs to do.

Q: And when they die, they remind us that they’re just flesh and blood like the rest of us, right?

A: You’re ahead of me. That’s exactly right: death is the ultimate reminder of mortality. We don’t wish our celebrities to be dead, of course; but we are macabrely reassured by their passing.

A: Yes. As you know, my recent book Elizabeth Taylor: A Private Life for Public Consumption approaches the star as a harbinger — a person or thing that announces or signals the approach of another era, in Taylor’s case celebrity culture. Throughout her life, she was bedeviled by serious illness. Everyone knew this because every bout of sickness was generously covered by the media. She became ill publicly. As the consummate celebrity, Taylor knew exactly how to use this to her advantage: she manipulated the media perfectly in a way designed to squeeze the maximum amount of sympathy from her public. She actually advised her friend Michael Jackson that he could exploit his own illnesses. My point is that, when we hear of the ill health of celebrities, it is, again, one of those reminders that they’re just as susceptible to sickness as anyone else. And we find that comforting. It sounds perverse, but that’s just one of a number of perversities in celebrity culture.