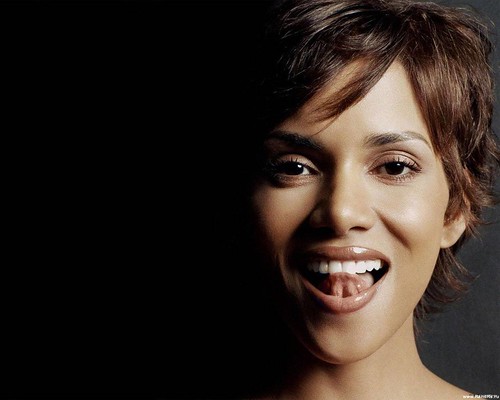 “I had lived this woman’s life from the age of 15 to 65 as she was sexually abused, beaten, treated like dirt. I really felt the injustice and I was called nigger just one time too many on screen,” Halle Berry told The Daily Mail. It was 1993 and she had just finished playing the title role in Alex Haley’s Queen, the concluding part of the Roots saga. “I was going to give up acting and become a full-time civil rights activist.”

She didn’t, of course. She went on to grander roles, more bravura performances and, in 2001, became the first African-American woman to win the best actress Oscar for her role in Monster’s Ball.

Whether the experience of playing the daughter of a slave and a white plantation owner who tries to pass as white in the period after the American Civil War impressed Berry indelibly isn’t certain. Berry had shown an awareness of history when she dedicated her Oscar: “This moment is so much bigger than me. This moment is for Dorothy Dandridge, Lena Horne, Diahann Carroll. This is for every faceless woman of colour who now has a chance tonight because this door has been opened.”

But in an interview with Teen Vogue‘s Elaine Welteroth, she described receiving the Oscar as one of her “lowest moments.” “I thought it meant something, but I think it meant nothing.”

Still sleekly beautiful as she approaches her 51st birthday, Berry expressed her interest in “making more opportunities for people of colour … and I’m trying to figure out how to help and add more diversity to the academy.” In her own quiet, prepossessing way, Berry has become one of the most thoughtful, yet provocative artists of recent years. She has raised issues that have been uncomfortable to discuss, yet relevant to the experience of African-Americans today. She has reminded us that, whether they like it or not, all black actors are, in some sense, political figures.

For example, in 2011, after splitting up with her partner, a white Canadian, Berry pressed for custody of their daughter. The custody was contested and Berry based her claim on her daughter’s ethnicity: she was black, insisted Berry, drawing on what has become known as the one-drop rule. This is an old idiomatic phrase that stipulates that anyone with any trace of sub-Saharan ancestry, however minute (“one drop”), can’t be considered white and, in the absence of an alternative lineage — for example, Native American, Asian, Arab, Australian Aboriginal — they are considered black.

The rule has no biological or genealogical foundation, though. In 1910, when Tennessee enshrined the rule in law, it was popularly regarded as having scientific status, however spurious. By 1925, almost every state in America had some form of one-drop rule on the statute books. This was four decades before civil rights. Jim Crow segregation was in full force. Anti-miscegenation laws that prohibited unions of people considered to be of different racial types remained until 1967 when the Supreme Court repealed them completely. Berry’s case reflected the interest in “authentic” black culture that spread across popular culture, leading to a redefinition of roles available to black actors and, indeed, a redefinition of blackness itself. It also resonated with historical memories and emotions.

Berry herself had an African-American father and a white mother, who was from Liverpool. Her parents divorced and she was brought up by her mother in Cleveland, Ohio. Prior to the custody argument, she had declared that she considered herself bi-racial, this referring to a child with a black parent and a white parent: “I do identify with my white heritage. I was raised by my white mother and every day of my life I have always been aware of the fact that I am bi-racial.”

Berry had occasionally talked about the particular predicament bi-racial people but had never made an issue of it. At various points, she had also used black, African-American and woman of colour to describe herself. She had, in measured terms, talked about how she never felt accepted as white, despite her white mother. But her appeal to the one-drop rule seemed a bit like a physicist trying to explain the movements of celestial bodies by citing astrology.

Actually, while it seemed irrational, Berry’s explanation of her actions was far removed from any kind of faux biology or pseudoscience. “I’m black and I’m her [daughter’s] mother, and I believe in the one-drop theory. I’m not going to put a label on it. I had to decide for myself and that’s what she’s going to have to decide — how she identifies herself in the world,” she was quoted by Chloe Tilley of BBC World Service.

In resisting conventional census categories or labels such as bi-racial or multiracial, she was not resorting to another label, black, as if returning to a default setting. Black, in her argument (at least, as I interpret it), is no longer a label: it is a response to a label — a response, that is, to not being white. Blackness, on this account, doesn’t describe a colour, a physical condition, a lifestyle or even an ethnic status in the conventional sense: It is a reaction to being regarded as different or distinct.

Black no longer describes a designated group of people: It is the way in which those who have been identified as distinct from and opposite to whites have reacted; their answer. When Berry allowed, “that’s what she’s going to have to decide,” she meant that her daughter has some measure of discretion in the way she responds. Blackness is now a flexible and negotiable action; not the fixed status it once was.

Rachel Dolezal advanced a similar argument when she proclaimed herself black, even though several critics called her a fraud. The Branch President of the National Association for the Advancement of Colored People (NAACP) thought Dolezal’s argument was too sophisticated for most to understand: Blackness, like whiteness, is a culturally created label that’s often confused with a biological description. If she identifies with blackness, the only fraud is in perpetuating artificial categories invented by Europeans to subordinate slaves in the 17th century.

Similarly, Berry’s wish that her daughter will mature in a world where she can make choices about her own identity, including her ethnic affiliations, and perhaps even change these as she moves from situation to situation, is a difficult one to grasp, but one the world is going to have to. Blackness is not a thing: It is, as I say, a response.

Berry is using her status and intellectual ingenuity to prompt debates that affect not just actors, but everybody. At times, her arguments are worthy, yet confusing; there is surely a contradiction in appealing for choice in ethnicity while citing an ancient, racist justification that would be endorsed by the Ku Klux Klan.

The volte-face on the Oscars is also perplexing. The virtual exclusion of African-American artists from nominations was dramatically reversed earlier this year, though this seemed suspiciously like Hollywood tokenism. Perhaps this too-obvious lip service payment has convinced her that more structural change is called for. She now says: “I want to start directing, I want to start producing more [and] I want to start being a part of making more opportunities for people of colour.”

Her changes of mind reflect a restless intellect pulsing with ideas. You don’t have to agree with Berry to acknowledge that she is a woman for the hour when popular culture needs to speak to its time.

Ellis Cashmore is the author of “Elizabeth Taylor,” “Beyond Black” and “Celebrity Culture.” He is a visiting professor of sociology at Aston University and has previously worked at the universities of Hong Kong and Tampa.

This article was originally published on Fair Observer.