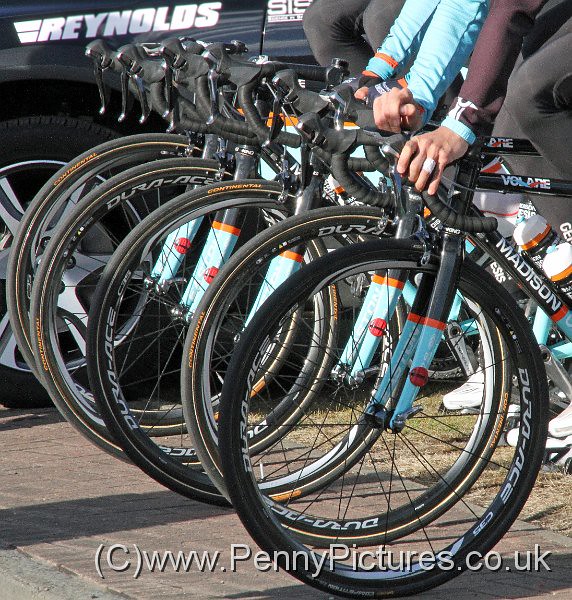 A: “The rules of fair play do not apply in love and war.” This isn’t an answer: it’s a quote from John Lily’s Euphues (1578). A contemporary of Shakespeare, Lily could have had no clue how his phrase would become so widely used as a mitigation of cheating. Of the many modifications, one stands out: “All’s fair in war, I believe,” claims the central character John Pendleton Kennedy’s 1954 novel of the American Revolution, Horse-shoe Robinson. “But it don’t signify a man is good.” OK, this is hardly a definitive statement, but it does highlight how the rules of fair play might be acceptably broken in some circumstances, though without necessarily making the violation morally right, or exculpating the offender (i.e. signifying he or she “is good”).

Q: That’s actually a better answer than I’d expected. I was hinting at the recent case of “mechanical doping,” as they’re calling it. A motor concealed in a bike at the world cyclo-cross championships suggests competitors are prepared to try any means, fair or foul, to gain an advantage. It is banned in competitive cycling and the UCI, cycling’s governing body, has acknowledged it is a problem. Cycling is still trying to come to terms with performance enhancing drugs, of course. This is another form of cheating, isn’t it? After all, to cheat is to deceive, trick, swindle or flout the rules designed to maintain conditions of impartiality. So how can this be fair in any situation?

A: To answer this we need to establish the circumstances in which cheating takes place, and the conditions under which cheating is practiced – the context of cheating. Prior to professionalism, the aim of sporting competition was to perform at the highest level our bodies and minds permitted. Rules were designed as guiding principles, directions regarding appropriate behavior. Participants played on their honor: they trusted each other to be fair and honest. In a sense, the rules were superfluous. Later, when winning became the ultimate goal, rules became limits – boundaries of permissible behavior; they were supposed to govern conduct and specify what we could and couldn’t do. Rules not players governed acceptable conduct. It’s impossible to be precise about the time of the change in ethos. Sports such as association football and baseball were both professional in the nineteenth century, whereas rugby union didn’t go open until 1995. The Olympics were amateur for much of the IOC’s history; but, during 1986-92, it introduced amendments in its charter that effectively permitted professionals to compete. Even allowing for this unevenness, we can surmise that, while competitors in all sports were committed to doing their utmost to win, those who competed for money rather than glory alone had to deal with temptation.

Q: We’re always hearing phrases like, “Winning isn’t everything; it’s the only thing” and “Football is a matter of life or death? … It’s more important than that.” Competitors are encouraged to adopt a professional win-at-all-costs attitude. So, it could be argued that the athlete who is prepared to risk disqualification and the defeat, shame and sometimes humiliation in order to win embodies the very qualities that define competitive sports in the 21st century, right?

A: I’d say so. Cheating is an undesirable but inevitable consequence of professionalism. You could say it’s an admirable characteristic of determined competitors who are prepared to do whatever it takes to win.

Q: So how does cheating manifest today?

(1) An intentional infraction designed and executed to gain an unfair advantage. Perhaps the most notorious unpunished instance of disguised cheating was Diego Maradona’s “Hand of God” goal, when he palmed the ball into the goal of the England football team in a 1986 World Cup game. Video evidence showed that the Argentinean player used his hand illegally and probably intentionally. The referee didn’t see it and awarded a goal amid much protest. Maradona didn’t confess his sin to the referee. For that matter, he’s never openly acknowledged it. There are too many cases of this kind to chart here. But let me just give one more, this time from boxing. In 1983, the unbeaten Billy Collins, then 21, took a terrible pounding from the normally light-hitting Luis Resto, who was 20-7-2 at the time. Collins’ injuries were so bad that he didn’t fight again and was killed in a car accident nine months later. It was found that padding had been removed from Resto’s gloves. Resto was banned from boxing and, later, convicted of assault, conspiracy and criminal possession of a deadly weapon (his fists). His cornerman, Panama Al Lewis was convicted of assault, conspiracy, tampering with a sports contest and criminal possession of a deadly weapon. They both served 2 years in prison.

2) An unintentional infraction that goes unnoticed by game officials and which the offending player fails to report. It’s difficult to imagine an instance when a coach would not condone cheating if there was a guarantee that it would go undetected and an advantage to be gained. In a 1997 game of football, Liverpool player Robbie Fowler was awarded a penalty after the referee ruled that Arsenal’s goalkeeper David Seaman had fouled him. Fowler informed the referee that Seaman had not fouled him, but the referee was adamant that the penalty stood and Fowler duly took it. While Fowler’s spotkick was saved and driven home on the rebound, one wonders what might have happened had the player remained true to his original confession and deliberately sliced the ball wide of the goal. Even if the original intention of the athlete was not to cheat, the structure of the game actually inhibits him or her from doing much else.

(3) When rules are observed, but the spirit of competition is compromised. During her losing match against Steffi Graf in the French Open final of 1999, Martina Hingis (a) demanded that the umpire inspect a mark on the clay surface after her forehand landed adjacent to the baseline, (b) went for a 5-minute toilet break at the start of the third set and (c) served underarm when facing match point on two occasions. While the actions did contravene the rules, they prompted Graf to ask the umpire: “We play tennis, OK?” A dramatic fall by Arsenal player Eduardo in 2009 was the subject of intense, yet ultimately inconclusive scrutiny. Playing against Celtic in the European Champions League, the player tumbled after what appeared to be minimal contact with an opponent, and was awarded a penalty, from which his team scored. A retrospective charge of diving, or “simulation,” yielded a two-match ban from Uefa; this was subsequently overturned when governing organization failed to prove its case. Whether the player deliberately deceived the referee remains a talking point, though the absence of sanction suggests that the official view was that Eduardo was fouled and simply exaggerated his fall. Soccer players are so notorious for this that Fifa introduced rules that forced all injured (or pseudo-injured) players to be stretchered off the field of play before they could resume playing. Boxers employ a comparable strategem, exaggerating the effects of low blows to gain time to recover when under pressure.

Q: From what you’re saying, it seems instrumental qualities, such as prudence and calculation, are now parts of the character of professional sport. So were there no cheats before money became a factor?

A: There were, but perhaps not so many as today. Earlier this week, Lawrence Donegan, author of Four Iron in the Soul, who called me about a story he was writing on cheating in sport for the New York Times. I emphasized the importance of the filthy lucre, but added that we should guard against assuming amateurs were pure and virtuous. In 1976, for example, when the Olympics were amateur, Boris Onischenko, in a desperate bid for gold in his last Olympics, wired a switch under his leather grip, which triggered a hit when pressed during the fencing event of the modern pentathlon. He was disqualified after officials noticed that hits were registering even though his foil wasn’t even touching his opponent. Money is the primary variable in motivational mixture behind cheating, but prestige, distinction and the status winning brings to the victor are also ingredients.