…  SO WHY DO CELEBS ADVERTISE STUFF? (CLUE: 5 LETTERS BEGINNING WITH ‘M’) 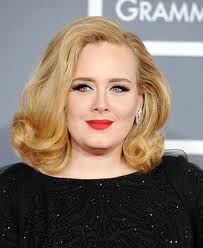 Selecting a celebrity to advertise a product is a science, like astrology or alchemy; in other words, a nebulous, imprecise and uncertain one. The metrics are equivocal. Media visibility (exposure in print, television, radio and online) is a key factor. Hence film and television actors, tv personalities, models, sportsmen and woman, authors, musicians, comics and, of course, reality television figures are obvious candidates. Their visibility is measurable in terms of appearances and namechecks. Beyond that, the science becomes, at best, art, and, at worst guesswork. Celebrities like Beyoncé, Taylor Swift, or David Beckham offer continuity and consistency in the way they go about their business efficiently and reliably: the chances of a scandal erupting around them are slim and they are known to a wide spectrum of people. Not that a hint of indecorum is a bad thing. Sales of Katie Holmes’ high-end ready-to-wear fashion line, Holmes & Yang, increased in the wake of her unsavory divorce from Tom Cruise. “Unsurprisingly, the label has benefited from Holmes’s increased visibility,” confirmed Charlotte Cowles, of New York magazine (July 30, 2012).

Jennifer Lopez, a prodigious endorser of, among others, Kohl’s clothing and lifestyle collection, was caught up in an eighteen month on-off relationship with Ben Affleck in 2003 and 2004. The Latina singer-actor was one-half of “Bennifer” as the couple was known. The tumultuous relationship coincided with a career slump defined by boxoffice flops (Gigli, Jersey Girl) and disappointing cd sales (Brave, Como Ama una Mujer). Becoming a judge on American Idol smacked of desperation, yet it turned out to be a career saviour and, by 2012, at the age of 42, she was, according to Forbes, the most sought after celebrity by advertisers. Idol regularly pulled 26 million viewers to their televisions (i.e. a 9.8 per cent of the total potential audience), most of them in the 18-49-year-old segment advertisers love. JLo used the series as a showcase to premiere music videos and perform singles. “On the floor” went multi-platinum, and the music video amassed over 530 million YouTube views. Mariah Carey must have been enthused by the prospect of emulating JLo when she accepted the offer of becoming a judge on Idol, though the $18 million (£11.6m) one-off fee was a further incentive. Mariah’s advertising file included T-Mobile, Mariah’s …  fragrances and Jenny Craig, for whom she directed a diet plan commercial.

JLo and Mariah are among an elite of celebrities whose name or image adds value to a brand and, in turn, make products move off shelves. And you imagine L’Oreal considered Adele (above) in the same league when the company offered her £12 million to appear in its advertising a couple of weeks ago. The big surprise was: she turned it down. This is an exceptional occurrence nowadays. A huge endorsement contract is almost a membership card to the A-list, and Adele would have become one of the highest paid advertisers in L’Oreal’s stable, which includes the likes of Cheryl Cole, Eva Longoria and, of course, Beyoncé. Of all the endorsers used by L’Oreal, Beyoncé is perhaps most closely associated with the brand and its signature tagline “ … because I’m worth it” (a slogan dreamt up by Ilon Specht, of McCann Erickson, in 1973 and which is now recognized by 70 per cent of consumers.

But seriously: does anyone else in the world believe Kim Kardashian or any of the other celebrities are sincere when they advocate, recommend or vouch for a cellphone? Sharon Osbourne is hardly likely to shop at Asda, particularly after that same supermarket chain paid her millions to appear in its ads in 2005. Is anyone in the world unable to spell out the motive behind celebrities’ behavior (clue: five letters beginning with “m”)? Adele earned over £11m last year, so maybe she doesn’t need the extra cash.  Is anyone so absolutely, completely and utterly gullible that they are prepared to accept the word of a well-paid mercenary when they part with their hard-earned cash? We’d probably like to say the answer to all these is an emphatic no! On inspection, though, we probably conclude that it’s no-ish. I’ll explain what I mean in a later blog. @elliscashmore