WE THOUGHT WE KNEW HER, BUT WE KNEW NOTHING 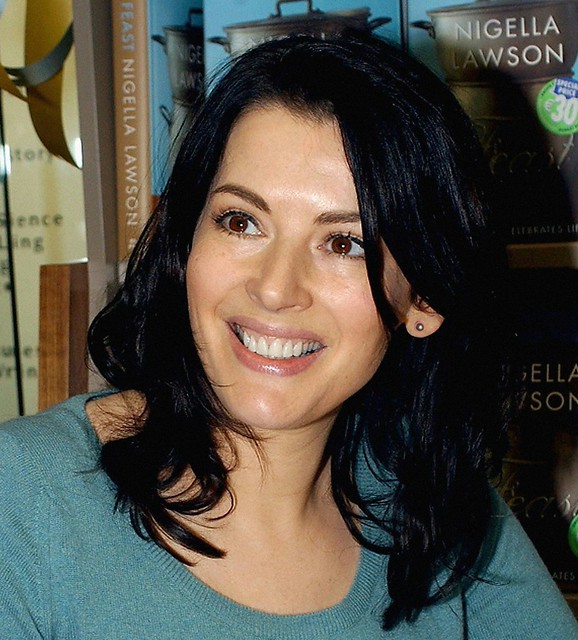 Why do we know so much yet so little about Nigella Lawson (above), the domestic goddess who brought sensual pleasure to the mundane domestic chore of cooking? It seems only yesterday, she was a regular in our homes. Now, we’re not so sure know her at all. We thought we knew her. But it seems we didn’t know the first thing about her. While neither she nor her ex-husband Charles Saatchi is in the dock, for the past few days, they have been the centre of attention: she and her marriage have been opened up for public inspection. Nigella’s court case, which started last month, is actually the trial of the celebrity couple’s two personal assistants, Italian sisters Elisabetta and Francesca Grillo, who worked as Nigella’s and her husband’s personal assistants. The Grillos are accused of fraudulently using the credit cards of Saatchi’s private company. But they have barely been considered: all attention is on Nigella. Every day, it seems we have learned something new about her private life that has systematically disabused us of any fanciful notion we knew the first thing about her. It started last June with the release of a picture of her being, it seemed, throttled by Saatchi. Since then, her relationship with Saatchi has been methodically cut up and its internal parts displayed.

Celebrity relationships have been dissected publicly before, of course; usually as they happen. Brangelina and Bennifer were narratives the media asked us to share. But the analysis of Nigella’s multi-dysfunctional relationship — Nigella characterized it as “intimate terrorism” — is particularly enlightening: it’s taught how little we really know about people with whom we feel close. This is a condition of today: we assume we know people from the two-dimensional images we see of them. Let me explain how this happened.

During the second half of the twentieth century, television transformed the way we thought and behaved. It affected the way we relaxed, the way we learned, the way we communicated. The complete cultural landscape was transfigured by television, to the point where we can’t recognize its presence. So much of what we know about the world is gleaned from tv that we find it tough to think where else we find out about some event or other. The internet has, of course, emerged as an alternative. It barely needs stating that Nigella or the celebrity culture she inhabits wouldn’t have been possible without television. Prior to its acceptance as a domestic appliance in the 1950s, we knew about prominent figures mainly by their names or artist’s impressions, still photographs or newsreels shown at the movies. “Television, bringing famous faces and sounds into our homes, has created different kinds of celebrity,” writes the social psychologist David Giles in his book Illusions of Immortality.

Television brought with it intimacy: we were able to see moving images and hear voices — in our own homes. It also brought replication: those images and sounds were not just one-offs: they could be repeated time and again, exposing us to the famous in a way that stirred us to new interest. We saw people that were previously remote and perhaps unknowable as ordinary humans with the same kinds of mannerisms, faults and maybe foibles as the rest of us. Giles argues that the proliferation of media, specifically television, in the late twentieth century expanded the opportunities for people to become famous. In material terms, there were more tv screens on which they could appear and become known. Viewers could not only see and hear a new array of people: they could almost reach out and touch them. In a way, they could almost swear they knew them. The more they felt they knew them, the more they became entranced.

Giles invokes a term from to a 1956 article in the journal Psychiatry to capture the emerging relationship between tv figures and viewers: “parasocial interaction.” The 1950s was the decade of growth for television: at the start, few households had a tv; by the end over 90 percent of household in the USA and 70 percent in the UK had at least one set. Viewers were forming unusual attachments. They were developing “friendships” with television characters, some fictional and others real (like announcers, or weather forecasters). They also “hated” some of them. Familiarity led to a sense of intimacy. Viewers actually thought they knew the figures they saw on their screens. They interacted with them parasocially. The relationships were and still are strictly one-way. It’s called parasocial because para means beyond, as in paranormal. The attachment might only have been as strong as a beam of light from a cathode ray tube. Yet it was experienced as strong and meaningful. Viewers actually felt they knew people they had never met, probably never seen in the flesh and who knew nothing of their existence. So there is no actual interaction (inter means between): it’s oneway. This doesn’t stop viewers feeling like there’s a genuine interaction. In this sense, it’s an interesting term that captures the way we think and feel about people we don’t know and who don’t know us but who sometimes unwittingly and unknowingly move us to act, occasionally in erratic and irrational ways.

Since 1999 when she appeared on our screens in Nigella Bites, the domestic goddess has been in our homes, our kitchens even. This is, I think, the reason why we assumed we knew her so well: seeing celebs on stage, in movie roles or even in the contrived circumstances of reality tv shows is one thing; but seeing them in the kitchen doing nothing more sensational than preparing food, contributes to an especially close parasocial relationship. @elliscashmore